Since the beginning of the Fearless initiative, we’ve been adamant about connection being one of its core values.

Women are often seen as the glue that holds communities together – but women often lack opportunities to sit at tables where decisions are made about how the communities they occupy – be it their city, workplace, school, club, etc. – should function.

But when women are given the chance to be in a position where they can openly express their thoughts and opinions, change often happens. We believe that the best ideas come from sharing stories, experiences and thoughts with each other, and the team behind Fearless believes it’s our responsibility to provide opportunities to do so.

Last month, Emily Barske and I spent a day in the Quad Cities talking with several women leaders about the issues that are affecting women in their communities most.

Here’s who we talked with:

Marcie Ordaz is the director of resource development at Family Resources, a local nonprofit social services agency. Ordaz has lived in the Quad Cities area for 12 years and is originally from Ohio. She is also a commissioner for the Iowa Civil Rights Commission and runs the Quad Cities Mom Squad Facebook group.

Megan Brown-Saldana is the executive director of Lead(h)er, a local nonprofit that focuses on mentorship and women’s success and engagement in the workforce. She is passionate about talent development and working with at-risk youths on career and college readiness.

Maria Bribriesco is a retired government attorney. In 2012 and 2014, she ran for the Iowa Senate and Iowa House, respectively, but lost both times. She’s also been involved with the League of United Latin American Citizens and the American Association of University Women. She grew up in South Texas.

Ashley Hicks is the Women United director at United Way Quad Cities, where she works with local women who create opportunities for young children. She previously spent 15 years in the field of finance. She grew up in Hampton, Ill.

Here’s what they said:

There should be a greater emphasis on access to quality early childhood education – including child care.

Bribriesco began her comments by citing the Iowa Women’s Foundation’s She Matters Report, which found that the key barriers to women’s economic self-sufficiency are employment, child care, housing, education/training, transportation and mentors.

“I always get sad when I read the [She Matters report]. Women in Iowa are not doing well at all,” Bribriesco said. “I think it has to do with education. We have to start early.”

Ordaz offered an anecdote of a child who’s often used as an example at Family Resources. The child missed 90 days of school as a kindergartener – absences that no one seemed to view as a red flag – and is now over 13 and has felony charges to their name.

There’s a need for holistic programs and comprehensive care to help people in those situations, Ordaz said.

Brown-Saldana and Bribriesco said universal pre-K should be the first step toward ensuring future generations experience greater equity. Data shows that if you fall behind as early as third grade, you’re more likely to drop out of high school, Hicks added.

The latest laborshed data on the Quad Cities region shows that 80% of people in the area have an education beyond a high school diploma, compared with a statewide rate of 92%.

Child care is also a huge issue in the area, Hicks said. Scott County is home to 13,000 kids under the age of 5, but only has 9,300 child care slots. The average weekly cost of child care in the county is between $140 and $240 per child. Many families are putting 14% of their incomes toward child care, Hicks said.

“The cost of child care is insane,” Ordaz added.

Beyond focusing on little kids, both Bribriesco and Hicks said attention should be dedicated to educating and empowering parents to be respectful and effective advocates for their kids.

Hicks gave the example of United Way’s Born Learning program as an initiative that’s working to create solutions to the education gap in the Quad Cities. The program brings parents and educators together to teach parents how they can be their child’s first best teacher, Hicks said.

“Building relationships between the school and the parent, pre-COVID it was delicate, post-COVID it’s become very volatile,” Hicks said. “We want families to know that you need to advocate for your student, you need to have a voice, but you need to view the school as a co-worker in a way. There needs to be some respect there. But you also don’t shy away from speaking up.”

What community should Fearless go to next? Who should we talk to? We’re always open to hear recommendations and suggestions. Send us an email.

Poverty is a real issue – and it starts with the wage gap.

Brown-Saldana encouraged people to keep Maslow’s Hierarchy of Needs theory in mind when thinking about gender issues. Think of it this way, she said: You’re not likely to get a college degree and work at your dream job and move up in the world if you aren’t safe and secure.

The latest data from the U.S. Census Bureau shows that 17% of people in the Quad Cities live in poverty, compared with a statewide rate of 10%.

“What I do every day is help with goals that are based out of privilege. … When we look at what are the gender issues … people might assume that they’re a sense of inclusion … moving up… but we also forget about wage inequity,” Brown-Saldana said.

Women who work full-time in the Quad Cities make 72 cents for every dollar earned by a man.

If the 28-cent pay gap that women in the Quad Cities experience was placed on a list next to pay gaps in all 50 states and Washington D.C., it would come in 48th, tying with Louisiana and coming ahead of just Utah and Wyoming. Iowa’s gender pay gap is 22 cents.

“If for the last 10 years you’ve promoted 70% men, what are you going to change about that?” Brown-Saldana said. “We know what the wage gap looks like, but what are we going to do about it?”

Lack of education about money is also a barrier for many women.

“I grew up middle class … but my parents didn’t teach us about money,” Ordaz said. “I’m going to be 42 next week and I’m still trying to learn and teach myself about money.”

There needs to be better representation of women in positions of power – and they need to have the ability to freely speak their minds.

Many times, Brown-Saldana said, the people who have the most power in the community “talk the talk, but don’t walk the walk.”

“We have to fight every single day for anybody to actually implement change,” Brown-Saldana said. “Not many women are in positions of power in the community, and they have way more to lose – you have to be within a system of power already and you have to be willing to fall on the sword.”

Women may be at the helm of several organizations that have power in the community, but if they don’t have the full support and backing of their board, they often don’t feel comfortable taking risks.

Hicks gave an example of a female CEO who’s in a position where there’s a lot to lose. “She’s only as strong as her board allows her to be. Does your board allow you to go ruffle feathers?”

When finding a common thread to tie all of the barriers and issues together, the themes of compassion and accountability – or lack thereof – were brought up.

“I don’t know that compassion is a characteristic that people in power often have,” Hicks said. “I don’t mean that in a bad way. Some of them are great people, but they don’t understand what they don’t know. I don’t think it’s a purposeful lack of compassion, but I think there’s such a difference between how the people in power and the people that are really experiencing the problems live.”

What it comes down to, Brown-Saldana said, is empathy, equity and basic human rights. 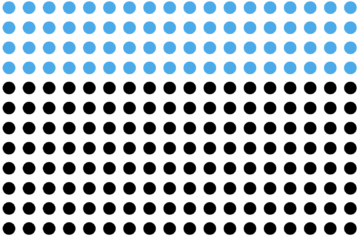