Much like the rest of the world, Marti Payseur did not know what was in store for 2020.

In 2019, Payseur and her partner, Ash Bruxvoort, opened Thistle’s Summit Bed & Breakfast, a 2,800-square-foot Victorian home in Mount Vernon that became “a beacon for the LGBTQ community.” About the same time that COVID-19 rolled around, Bruxvoort developed an autoimmune condition, and they were forced to close their doors.

“Turning to carbs in times of trial,” Payseur began baking her way through the pandemic in order to help pay bills, focusing on vegan and gluten-free items.

Payseur realized that despite living in eastern Iowa, the majority of her business was coming from Des Moines. This past March, she and Bruxvoort packed their belongings, moved to the city and began operating out of a shared kitchen space in the Drake neighborhood.

With business booming, Payseur hopes to operate Thistle’s Summit Bakery out of a brick and mortar location in the Drake neighborhood by the end of 2022.

Now, she’s $3,500 closer to that goal, thanks to winning the popular vote at Tuesday’s Flourish Fund event.

“I’m in awe. Nobody thinks their pandemic pivot is going to become their full-time job and also have support like this,” Payseur said after the event.

Flourish, which was started by Emily Steele in 2018, is an annual micro-granting event that’s designed to give women business owners a chance to earn funds by pitching their business ideas to the community.

Applications are open to any Des Moines-area woman who runs a small, for-profit business. An external review committee narrows down applicant pool to three finalists. From there, event-goers listen to the finalists’ pitches and vote on their favorite. Whoever gets the most votes takes home the entire proceeds, which are generated through ticket sales, T-shirt purchases and sponsorships by Love Local and the Greater Des Moines Partnership.

This year’s finalists were Jessica Anderson, baker and owner of Jess Desserts; Wendy Broich, certified pole dance and movement instructor and sex coach at Wendy B LLC; and Payseur.

The event was held at Jasper Winery and more than 100 people attended.

Anderson in her pitch said that she saw a lack of quality desserts that are easily accessible in Des Moines. Having lived in the area most of her life, she started Jess Desserts three years ago with a goal of “making food that makes people happy.” She has since expanded her business out of her parents’ kitchen into a shared commercial kitchen space and sells her desserts at farmers markets. She hopes to renovate a small truck or van equipped with refrigeration capabilities and display space that would allow her to bring desserts to weddings, parties, office parks and farmers markets with greater ease.

Brioch in her pitch detailed her experience in talking with 400 clients about body confidence. In her third year of business, she works to teach the importance of “loving yourself, loving your body, honoring your body and celebrating your body through movement, dance and pleasure.” She hopes to expand her business to include a lingerie collection that would be based on real bodies and experiences in the community, including a line for people who have had mastectomies. The goal would be to sell the pieces in boutiques throughout the metro and online, with much of the money raised going toward free or reduced-price sex empowerment classes.

“Regardless of what your body has seen, experienced or been through, you are a woman to watch. … You are worthy, you are valid, you are strong, you are important and you are so sexy,” Brioch said.

Payseur talked about lesbian representation – or lack thereof – in her presentation. Growing up, she said, she didn’t have a lot of lesbian role models. She ended up marrying her high school sweetheart – “who was very male” – before realizing that she was queer at 26. Throughout her time running the bed and breakfast, she was told by the LGBTQ guests that they felt welcomed, safe, seen and comfortable. One guest told her that this was the first hotel they’d stayed at where they weren’t misgendered. She soon realized that “food was a mechanism in order to have good conversations.”

“I want to be known for beautiful desserts, but more than that, I want to be known as a queer safe space,” Payseur said. “Des Moines needs something like that. I want to look out into a crowd at future Flourish events and at business leaders in the community and see myself represented.”

Morgan Baumert, who is on the planning committee for Flourish, believes that events like this are great for community-building.

“We all can’t write an individual $3,000 check, but to be able to say that I invested in that small business is what makes it nice to attend an event like this,” Baumert said. 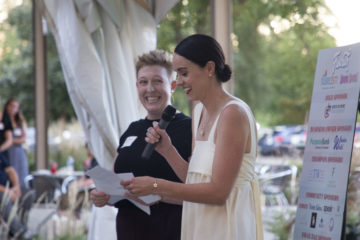 By Emily Kestel Imagine pulling open the door to a small neighborhood bakery. The homey smell of yeast, butter, sugar and spices gently wafts through the air. You peruse the counters for freshly baked sourdough Read more… 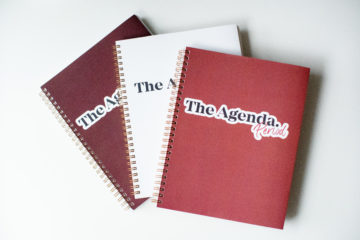 By Emily Kestel, Fearless editor Period shaming is pervasive: A 2018 study by Thinx revealed that nearly 60% of menstruators have felt embarrassed simply because they were on their period. Additionally, 62% admit feeling that Read more… 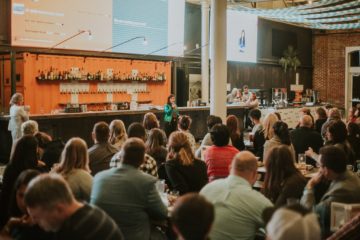 Funding ‘ideas that matter,’ Flourish event back for third year

BY EMILY BLOBAUM, FEARLESS EDITOR Around the same time that Emily Steele left her job working for a community development nonprofit to get FemCity Des Moines off the ground, the state of Iowa found itself at the bottom Read more…