What audience members had to say during the Fearless Focus event

A main goal of our Fearless Focus events is connection and inspiration. We were so happy to hear multiple comments from attendees saying the event helped boost their confidence, and some even told us they wanted to share the event recording with their daughters to help boost their confidence. That is what Fearless is all about – there’s no higher compliment.

We saw robust engagement in the virtual chat as the speakers enlightened us. Here’s some of what audience members were thinking about during the discussion.

Living authentically – and not apologizing for it

A few audience members said confidence meant being able to fully live their identities as their authentic selves. One person called it “living aligned with your truth.” There was also a theme of giving yourself permission to be OK or bad at things – and not feeling obligated to do all things at all times for all people. “I am learning to stop saying I am sorry. For my time, my feelings, my personality, etc.,” one audience member said.

Audience members talked about finding the courage to leave a job, finding strength after losing a job or starting something new they’d be putting on hold. One person said, “At one point early in my career, I had an employer make promises contingent to my success. When I exceeded those goals, they were not going to honor their part of the plan. Stepping out of my comfort zone, I stood up for myself by letting them [know] I was going to be actively looking for a new position since they were not upholding their promises.”

One audience member acknowledged confidence and the ties to imposter syndrome. “I never knew there was a name for ‘imposter syndrome,’ until I was older, but it’s something that’s plagued me my whole life, and I think it does women more than men. I have not applied for jobs because I didn’t think I was qualified. I’ve started jobs that I felt as if they’d made a mistake in hiring me, even when I turned out to crush it! We’ve got to work on that with the next generation of women.” Another person said that confidence is “not desiring opinions of others because self worth comes from within.”

One audience member said, “I do believe we can impact more young women, but we first have to take these steps ourselves.”

Throw norms out the window

“I was thinking about norms last night. I got home from work and went on a bike ride while my husband cooked dinner for the family. I initially felt like I was acting like the ‘man’ in the relationship, but the roles should not be defined by ‘man’ or ‘woman’ but by who is better at which things!” one audience member said.

Audience members talked about putting feedback in perspective to see it as “people investing and caring about your growth, development [and] overall wellbeing.” And knowing which feedback to listen to based on the messenger “happens with self worth and trust with the person delivering it. Owning my own truth and values plays a huge role!”

Another audience member said, “Feedback is so important in growth – encouragement and positive feedback – but also getting feedback on how to improve!”

Instill confidence in others

One person talked about not realizing they were equipped to lead a group they were a part of until someone else asked them to step up. “Others often see things in us that we don’t see. Let’s keep lifting each other up and encouraging each other.” Another audience member said, “Surrounding yourself with women who support you through the good and the bad is so important!” And another person wrote, “When we spend time with confident, strong and good women, it helps us grow [in] those ways as well.”

Now that you’ve read audience reactions, want to read takeaways from the panelists? 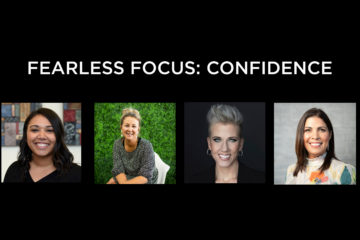 6 takeaways from our Fearless Focus conversation on confidence

By Emily Kestel  Last month the Business Record hosted its second virtual event within the Fearless Focus series. Throughout our conversation, we talked about what confidence means, what it looks like, and how to strengthen Read more…

What are barriers to feeling confident that women and young girls currently face?

Thoughts ahead of Fearless Focus event on confidence By Emily Kestel From imposter syndrome to harmful effects of social media to social norms we learn as kids, women often find themselves on a constant journey Read more… 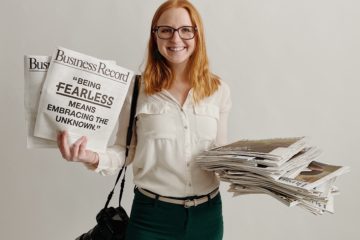