A conversation between a young mom and her doula

The following is a conversation I had with Smith and Guzman about their experience working with each other. Remarks have been edited and condensed for clarity.

Guzman: My pregnancy was kind of crazy. I found out I was pregnant on Jan. 14, 2020, when I was nearly four weeks pregnant. I had gone in for an STD screening because there had been a situation. I didn’t realize that before they do the screening, you have to have a pregnancy test. The girl who administered it said that she’d be back in a few seconds with the results, but then a few seconds turned into 15 minutes. I was worried and thinking, “That’s odd.” She came back and she told me that my pregnancy test was positive. I started crying. I didn’t know what to think because [Antonio’s] dad was going a separate direction. He didn’t believe me at first when I told him I was pregnant. It was hard telling my parents. They weren’t accepting of it because I was so young. Adoption was going through my mind because people were telling me that I wouldn’t be a good mom because I’m still young. But over time, I accepted that I needed him.

A lot of times, I wouldn’t feel Antonio kick so I would have to go get checked out. I was also really nauseous throughout my pregnancy. I worked 40 hours a week until I had my son so I could continue to have a stable income to provide for him when he arrived. So I feel that me overdoing myself is what caused my nausea and other complications. But other than that, it went pretty well.

I was working the 8 a.m. shift at Walmart on Sept. 12 when I started going into labor. I kept leaning up on the self checkout because I didn’t feel good. There was a shooting pain going up my back and my legs became very shaky. I felt the constant urge to go to the bathroom. At that point, management came into the bathroom and asked if I was OK. I told them that I thought I was in labor but I wasn’t sure because I had never had a baby before so I didn’t know what to expect. It was also two weeks before my due date. They let me go, so I just drove myself home. I waited it out at home as long as I could. I spent a lot of time on the toilet because it felt so much better to sit than to lay down. I did take a bath at home to relieve some pressure.

The next morning, I called Jewelz and let her know what my plans were. She told me to keep her updated. When I went in a few hours later, my contractions weren’t reading on the screen but they could tell that I was in a lot of pain so they didn’t send me home. The nurses came back and I had started dilating but my water still hadn’t broken. So I called Jewelz — she was in the middle of a nap. She made it to the hospital within 30 minutes to an hour after I called her. By the time she got there, things progressed really fast. I couldn’t have one medication because I’m allergic to morphine. So they just jumped to the epidural. We wanted to push the epidural off as long as we could. I didn’t really feel like my voice mattered to them; I felt like I was locked in a cage. But I was just really worried, so we automatically jumped to the epidural. My body rejected the first one. So they did it again and broke my water and suddenly my son was just ready to come out.

Smith: I think Izabella didn’t feel like she had a voice, but there were times where she did stand up for herself. As a doula, I can’t make the calls for a client but I can educate them and hopefully help them feel empowered enough to say yes or no to things. She’s quiet, but she found her voice in the process. It was an amazing birth. She was worried that she didn’t think that she did well, but of course she rocked it and is an amazing mama.

Guzman: Jewlez held my hand a lot. I was a big crybaby.

Guzman: My mom was there with me, but it was hard for her to see her child in pain. I wanted her there for another support. But it was hard to be in the room for the epidural. Jewelz was there to hold my hand. She even let me cry on her shoulder.

So now, let’s back up. When did you two meet?

Guzman: One of my friends that I met on the DART bus was a participant here at the Young Women’s Resource Center. She told me about the Young Moms program because I had told her that I was pregnant. She told me that the Young Women’s Resource Center helped her and that if I was interested, I could come along with her. She told me that they provided supper meals. At the time, I was homeless. I didn’t have a place to go because my dad and I didn’t have a stable relationship. So she brought me here to the center in early February 2020 and introduced me to everybody. I was nervous meeting new people at first. I slowly started coming back, but there was a downfall because I wasn’t sure if I wanted to keep Antonio or not. But after I decided that I would keep him, I continued to come back.

I didn’t originally want a doula. I was like, “I just met you, I don’t know who you are and I don’t want you in my delivery room.” But I got close with Jewelz and she texted me multiple times offering to be my doula. I thought about it and I decided that I needed somebody in there with me.

Smith: We have a pool of doulas here at the center. When you have moms who are younger, our full-time staff tries to work with them because they can be more involved in their care plan with going to appointments. I felt that Izabella needed a doula because of her family situation. I was lucky to be her staff so I got to do individual support with her and learn about her outside of being her doula. During this time, COVID was happening and we started losing some of our doulas, so we didn’t have many other options.

Izabella, you mentioned that you didn’t know what a doula was before coming to the Young Women’s Resource Center. Tell me what it was like learning about them.

Guzman: A lot of us didn’t know what doulas were. We just looked at each other when they were mentioned. That’s when Jewelz got the hint that she’d better explain it to us. I can’t remember what she said.

To me, Jewelz was my support, she was like my backbone during my labor. She was always there checking up on me and asking if I needed anything. I was terrified at first because everything is out in the open when you’re having a baby. But I’ve come to realize that it’s a lot about me, but it’s also about the baby. They don’t care how you look when you’re in the hospital. They don’t care if you cry or if you scream in pain. I was concerned at first because I thought it would be awkward. But when I was in labor, I realized that Jewlez was focused on me and making sure that I was OK and prepared to have Antonio. She was constantly asking me if I wanted water, a Popsicle or ChapStick. She put wet towels on my forehead, rubbed my back and squeezed my hand. You know, the littlest things make a big difference.

So how many times did you meet before you gave birth? What did you talk about?

Smith: We talked about what we wanted early labor to look like. Izabella had said she wanted to stay at home as long as possible and know that you were in a safe place. She was able to do that. Then her goal was to wait off on medications as long as possible, and she did that as well. We talked about the process of early labor, active labor and pushing, but then what to do after the baby is born and when you get home. We walked through the plan, but also with the thought that not everything goes as planned so it’s good to know how you might have to adapt, just so you don’t feel as though you’re caught off guard. We want our moms to always feel like they’re empowered and educated and that they have a voice in their births. Young moms are a vulnerable population and we want their voices to be heard. Doulas act as someone to be there with them and support them through their pregnancy, birth and postpartum.

Guzman: Every time I came to the center for group, Jewelz would pull me aside to check in with me. Jewelz went out of her way to do more than just her job. I think of Jewelz as a friend that I never had. She’s not just a doula or an educator, she’s something more. She’s an inspiration to me.

Guzman: There’s a lot of staff here, but I feel like I connected with Jewelz. She was constantly asking me if I needed food or shampoo. A lot of moms need that support. I was hardheaded and didn’t want to accept her love and support at first, but when I did accept it I realized that I’m not alone and that I will get through it. They know that some young moms are by themselves and they want to do whatever they can to help them. They may not be able to pay our rent for us, but they can provide diapers, wet wipes, toilet paper, formula and clothing for my son and I. When I first came, I was scared to open up. It’s nice to have a support person when you’re having a bad day or run into an issue.

Smith: In my doula role, we try to meet with clients three times before their birth at an individual level. We talk about birth plans and things that could be traumatic while giving birth and what their options are. Izabella and I got to meet a lot more than that.

Guzman: I saw a lot of moms say that they got depressed easily after giving birth, but mine took time to hit. You question yourself and ask if you’re doing everything you can for your child. A lot of times you just need that support to talk to somebody. I’d say, without Jewelz, I don’t think I would be able to cope with it in the right way. Without her, I think I’d probably be crazy right now. 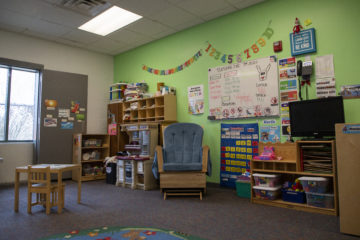 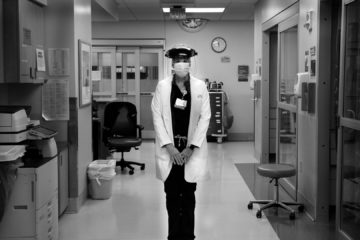