With 45 years of business ownership under her belt, BPC Chairman Connie Wimer reflects on how she got to where she is, and shares 10 tips for success

Connie Wimer woke up in the middle of night on Sept. 1, 1976. Usually a deep sleeper, she was having first-day jitters.

Several months earlier, she had purchased Iowa Title Co. She had spent a lot of time solving the business questions, but hadn’t yet stopped to think about how her first day as owner would actually go.

It was 1976, the thick of second-wave feminism.

The Equal Rights Amendment was making its way through the states for ratification. The Supreme Court had recently declared sex discrimination a violation of the 14th Amendment. Women had the right to obtain credit cards separately from their husbands.

But banks didn’t yet give out loans to women without a male co-signer. Only two women – Katharine Graham and Marion Sandler – held the top positions at Fortune 500 companies and just 20% of managers were women. Women were still expected to stay at home and take care of their children and husbands.

In the years to come, Wimer many times would find herself to be the only woman in the room. Later, she would become the first female chair of the Des Moines Chamber Federation and the first woman to be inducted into the Iowa Business Hall of Fame.

Perhaps none of those accomplishments would have been achieved if Wimer hadn’t been motivated to send her three daughters to college.

“I was determined that they would each have a college education,” Wimer said. “I woke up one morning and the oldest one is approaching college and we have no money saved.”

Yet there was a problem. Wimer herself attended Morningside College for a year, but didn’t graduate due to financial circumstances. She realized no one was going to hire her at a high salary without a degree. She decided that she would need to be her own boss.

“I’ve had a W2 form every year since I was 12 years old, and I thought, I’ve made money for everybody I’ve worked for, so why can’t I do it for myself?” she said.

Having been a legal secretary for 20 years, Wimer “knew every lawyer in town” and knew a lot of bankers and Realtors from her husband’s position as the attorney for the Des Moines Board of Realtors.

Despite “not knowing anything about it,” she approached the four title companies in Des Moines and asked if she could buy them, even though none of them were for sale.

At the time, Iowa Title Co. was losing money and was illegally selling title insurance, Wimer said. But they were pricing themselves at a fifth of what the other three were listing themselves as, so Wimer took out a loan from a friend and, with a shaky hand, signed a 20-year contract, she remembers.

She knew that it was a huge risk.

“Had it failed, all of my dreams would have been gone. They would have taken our house and everything we had. My children wouldn’t have been able to go to school.”

Armed with optimism and open-mindedness, Wimer questioned everything and encouraged the staff to try new ways of doing things.

In 1981, she bought the Des Moines Daily Record, a legal publication with a circulation of 700, with the sole purpose of gaining access to legal notices more quickly. It too was losing money, but Wimer considered it an investment that would pay off. Besides, doing so would make the title company more profitable.

After a judge told her that the Polk County courts no longer needed a legal publication, Wimer had five days to find new sources of revenue.

“That was the most frightened I had ever been in my entire life,” she said.

Thus, in October 1983, the Business Record was born.

“I kept saying to myself, ‘Someday I’ll thank those judges.’ I’m not sure what made me say that because I didn’t have a plan at the time. … It didn’t happen for a lot of years, but I’m so grateful to them now because there’s no way I would have taken the risks that I had to take.”

Wimer sold Iowa Title Co. in 1985 but remained as president until 2001. The Business Record has since expanded and evolved into Business Publications Corp., which is home to the Business Record, dsm Magazine and WriteBrain. Wimer serves as chairman of BPC.

Wimer often shares a list of tips she’s acquired with young women and business leaders. She agreed to share them with Fearless, with a caveat: “You’re not going to hear anything new here, but sometimes hearing it for the third or 10th time makes it meaningful.”

Thank you, Connie for ypur words of wisdom and for the many ways you have supported women during your career. You make Des Moines shine as a place for women to succeed.

By Suzanna de Baca, president and CEO, Business Publications Corp. What have you said yes to?  Once I said yes to a job that paid much less than I had been making, required relocation from Read more… 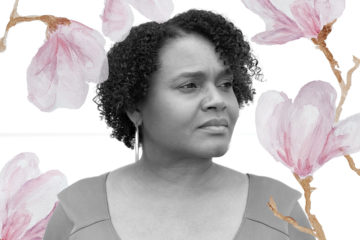 As told to Emily Kestel Teresa Zilk is a mental health advocate and the founder of Stories To Tell My Daughter, which is a storytelling experience dedicated to centering the voices and experiences of Black Read more… 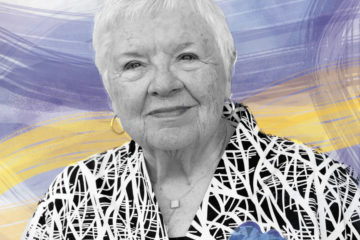 As told to Emily Kestel Mary Kramer made history as the first woman to be independently elected as the president of the Iowa Senate in 1997. In 2003, she was sworn in as ambassador to Read more…