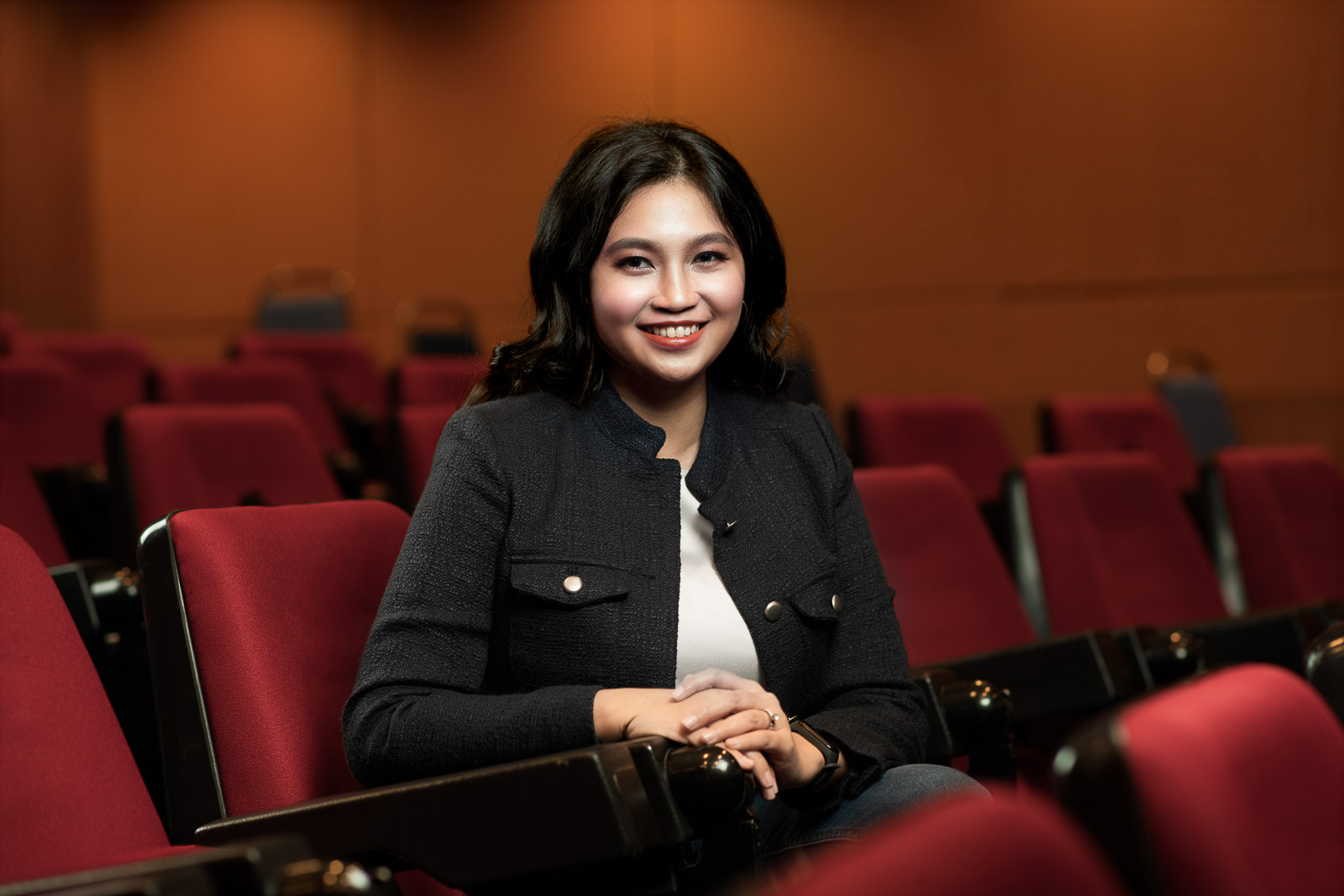 Adilla Arantika is somewhat of a wunderkind. At 28, she’s a young leader in the business world, facilitating Principal® digital marketing efforts in Asia. But the determination and aspirations didn’t come overnight. They were developed through Adilla’s personal history and challenges. And her beginnings in a small town are a far cry from the global financial world she now inhabits.

Adilla was born in Palembang, a small city in west Indonesia, in a family of limited means. Her hard-working parents, both from small towns, later moved the family to Sumatra and became entrepreneurs, operating retail kiosks and selling plastic bags to ensure their three kids could study and forge a path to a better life.

The humble upbringing narrowed her world view — at first.

“Our dreams were limited to what we knew,” she says. Her aunts and uncles were small-business owners trying to make ends meet. Only one family member had gone to college. The top job Adilla could dream of was manager at a retail bank.

When her parents recognized education as a lifeline to a better future, Adilla thrived in school. They insisted their children take English classes. “Knowing English is a big advantage,” she says. “The world opens up.”

Adilla’s father stressed the importance of integrity, even when the kids were small. He kept a drawer full of cash unlocked at all times. The kids took their daily allowance from it, unsupervised, and helped their father count money.

“That taught us to always be honest, even and especially when nobody is watching,” Adilla says.

Loss and Finding a Second Family

Those early life lessons would be more formative than anyone knew. When Adilla was 9, her father became ill with kidney disease. After a year of dialysis, he died, leaving his kiosk business in disarray. A resourceful fighter, Adilla’s mother supported her three young children alone through a string of jobs.

“I didn’t appreciate what my mother did then. I do now,” Adilla says, adding money was often tight during those years.

Compounding the loss of her father was Adilla’s 6-year-old sister’s cancer diagnosis when Adilla was only 13. It was a shock when the family debated if the medical recommendation to prevent metastasis would harm her future prospects.

“My sister herself decided she wanted the amputation, if that’s what it would take to keep living.” Later, that same sister became a motivational speaker serving other cancer patients.

This is the family Adilla wanted to make proud. And given those early difficulties, her teenage dreams weren’t just about her own future, but about contributing to their well-being. After a battery of entry exams, she entered an accelerated junior-high program, enabling her to enter high school early.

There, she won prestigious academic trophies and earned good grades, though the family still struggled financially. Her mother forced her to march into the headmaster’s office and demand a scholarship, using her school awards as leverage. The headmaster obliged, and Adilla earned a full ride, graduating at 16.

School helped broaden Adilla’s horizons and now college was well within reach. Out of 9,000 applicants, Adilla became one of two Indonesian students to win a scholarship to the University of Malaya, into a program sponsored by a joint-venture of Principal, CIMB Group in Southeast Asia. This scholarship came with a three-year work placement after graduation.

The jump wasn’t easy. For a teenager, Adilla’s move to Malaysia — thousands of miles away from  home — was daunting. She was facing it alone, living in a shared dorm in a new country with students 3 to 4 years older than her.

“I cried many times those first few months,” Adilla says. It got so bad, her mother flew to Kuala Lumpur, where the university is located, in the first month. “She told me home is not that far away, and it’s always going be there.”

Adilla wanted to be a role model for her siblings, including her younger brother. She toughed it out and life became easier. “My roommates … treated me like a little sister and really became my second family,” she says.

That second family was there when Adilla received a call that her sister had died. The cancer had returned. She was just 10. Adilla’s roommates pooled their money for a flight home to attend the funeral.

To this day, the bravery of her late father, mother and late sister inspires Adilla to keep going and help others. She served as a pillar for her brother in the same way, paying for his college education. But Adilla is humble about her successes.

“My story is less about me being fearless and more about my mother and sister,” she says. “I’m always looking up to them. A lot of the biggest decisions in life come with a decent amount of fear. But keeping in mind that there’s something better on the other side, once I make that jump, gives me courage to just do it.”

Now that her brother is out of college and supporting himself, Adilla’s sense of purpose in the modest life she’s built with her husband, in-laws, career and a menagerie of six dogs, focuses on empowering others.

Much of that empowerment comes through work and her quick advancement. Adilla joined Principal in 2018, as a business development manager for the Southeast Asia and Indian markets. She spent much of her time reporting and researching for digital initiatives, and the hard work paid off. In early 2019, Principal reassigned her to business innovation.

“I’m very lucky that my supervisor is trusting me with the digital marketing lead,” Adilla said. “We’re doing very exciting things in Asia. A lot of it, I feel, is making financial help and planning accessible to everyone.”

Adilla is now a business innovation manager in Malaysia. Despite her youth, she’s respected at work for being caring as well as direct and analytical. One mentor and supervisor observed, “Many leaders are hard-charging and ambitious, but it’s rare to find a nurturing leader.”

“Every night before I go to sleep,” Adilla says, “I like to think that my work at Principal that day will help families across Asia afford better access to education and secure a brighter future.”

Her success at Principal helped her launch Sinau Purwokerto, a free workshop teaching English to underprivileged children in her mother’s small Indonesian village in Banyumas. Just as learning a universal language boosted her career opportunities, she wants others to have the same chances.

Adilla strongly believes the workshops will help foster confidence in these children — something she struggled with throughout life.

“As a young woman in a male-dominated world, I missed many opportunities by not raising my hand — because I thought I wasn’t good enough,” Adilla says. “That comes from self-doubt. These days, I dare myself to just roll the dice. If I have to face rejection, it shouldn’t come from me.”

Working with these children also reminds Adilla of how different her path could have been. Without education and a strong family backbone, Adilla may have become a domestic helper in Saudi Arabia — a move she considered as a teenager to support the family.

“At the time that seemed like my best option to contribute faster to my family,” Adilla says. “In relation to where I am now, the distance between those two points is huge. That’s amazing to me. Really, bravery is just people being pushed into situations where they have to do something. Acting despite fear, not in absence of it, is being fearless.”

University of Malaysia, CIMB Group, and Sinau Purwokerto are not affiliates of any company of the Principal Financial Group®.