Empowering Others to Succeed: Betty Lee 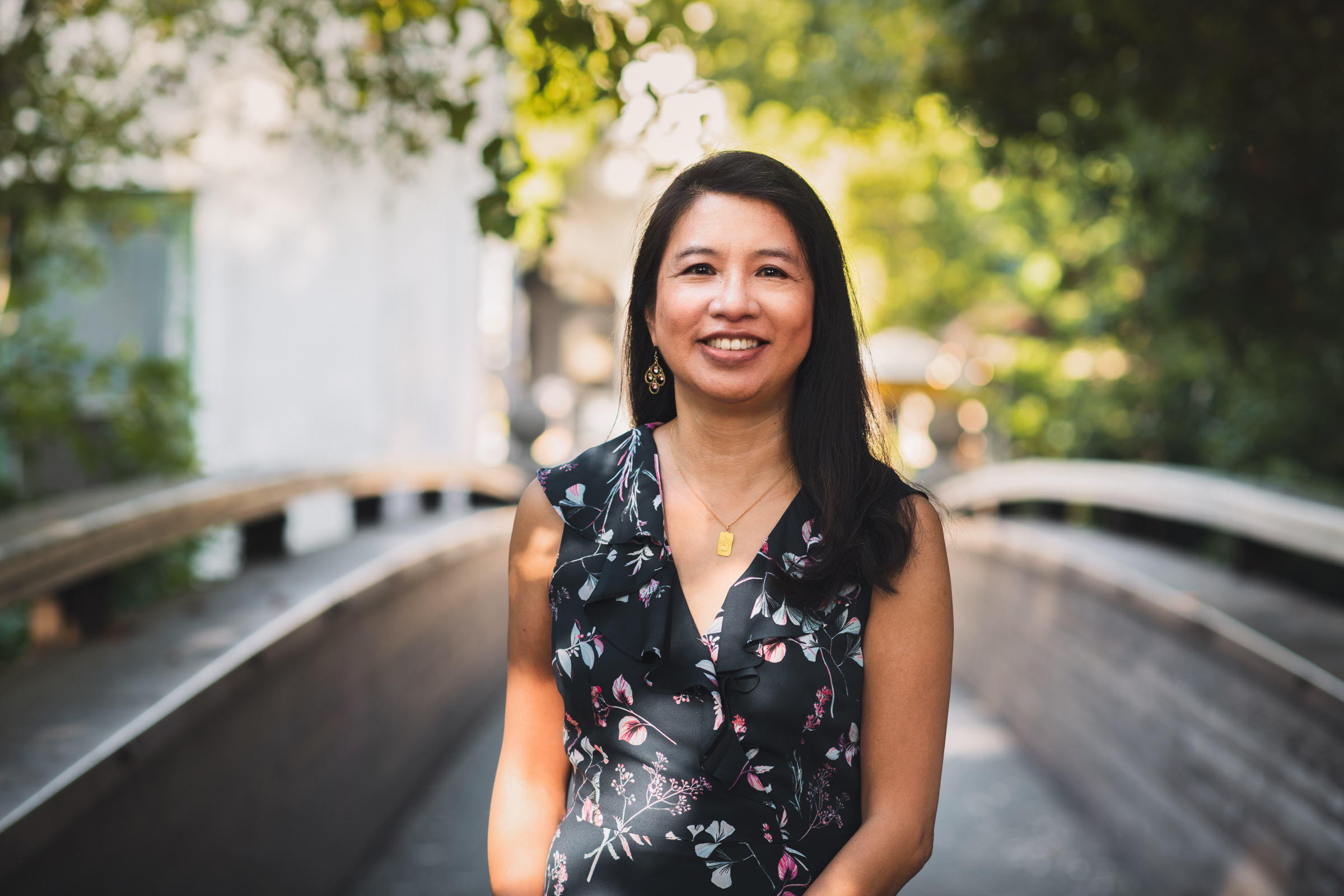 By her own admission, Betty Lee’s personal finances during her mid-20s were “a hot mess.” And she wanted to help others in similar positions learn to succeed with money.

A San Francisco native, after graduating from UC Berkeley, Lee was working to pay down some college debt, but struggled financially. Frustrated and broke, she asked a sorority sister from college who worked in finance for help.

Lisa advised her about asset allocation and how finances work — a gift of knowledge more valuable than any investment recommendation.

“I learned that finances aren’t about being smart. It’s about somebody showing you the way. She changed my life by telling me that,” Lee said.

Lee was out of debt in three years, with a small savings reserve. More importantly, she now had a strong understanding of budgeting and planning. Lee was nearly 30, when many people begin making less risky choices, but those new tools gave her the confidence to truly take a fearless leap: Finding another career.

That meant quitting her stable job without a backup plan.

Reinventing Without a Net

Lee’s resignation was incomprehensible to her parents, Chinese immigrants who came to the United States from Hong Kong decades earlier to pursue a better life. The second oldest of four children and the first born in America, Lee was born in Sacramento, moving to San Francisco when she was 1. Lee grew up in a one-bedroom Bay Area Chinatown apartment before moving back to Sacramento when she was 8. For her family, financial stability was the brass ring. Her parents couldn’t conceive why Lee would give up a $70,000 salary — more than $125,000 in today’s dollars.

Lee didn’t see it that way. “I didn’t have much money, but I only had me to take care of. I knew how much I needed to live on,” she said. “And it wasn’t a lot.”

She started looking for jobs that excited and challenged her. Her parents were avid community participants and mentors, and Lee inherited that spirit. “Community service was important to me, especially for underserved markets, to use my voice to help those who don’t have representation or can’t speak up,” Lee said.

Financial advising was the answer. It appealed to her community service need. Because of her own experience, Lee felt she could help others.

So, in 1997, Lee made the career jump. Successive financial advisor roles in various finance companies led to her current position as managing director of the Bay Area office of Principal in Walnut Creek, where she recruits and coaches a sales-driven advisor team.

Throughout her decades in financial services, Lee has emphasized teaching the “why” of money decisions —particularly to people with limited means and access. Lee helps people see the end goal of financial freedom. That helps them understand the importance of monthly budgeting, cutting down on unnecessary expenses and paying off debt.

“If you don’t know why you’re doing something with your money, you’re not going to stick with it. Your decisions also won’t give you any peace of mind,” Lee said. “I’m driven to do more to help underserved people… That means women because they keep communities moving forward. If we help women and people of color understand how money works, which gives them a sense of financial security, the more time and energy they have to give back to their communities.”

Lee’s steadfastness to what’s important to her, even when it means unusual or difficult choices, hasn’t been limited to work. At age 45, Lee became pregnant with her daughter Ava and refused to marry her partner. Her traditional Chinese parents disapproved and stopped speaking to Lee. (They rekindled later).

Lee’s subsequent decision to end her relationship with Ava’s father yielded even harsher judgments. Assuming a breakup would guarantee Ava a fatherless upbringing, friends and family told Lee she shouldn’t do it.

“‘How will you do this by yourself?’ was something I heard a lot,” Lee said.

The decision was also judged as a character failure. “When I was growing up,” Lee said, “something was wrong with you if you couldn’t keep your family together. It reflects on not just you, but your parents, too.”

Lee left the relationship anyway. Her partner, never great with money, had long depended on Lee to underwrite professional pursuits founded on untenable business models. So Lee knew the split was necessary.

“He wasn’t the guy I wanted to raise my child around,” Lee said. “I didn’t want her to grow up in a world where we tell her she can be anything she wants, but when she falls in love with a man, she’s supposed to give all that up to cater to his needs. I couldn’t have my daughter thinking her hopes and dreams weren’t as important as her partner’s.”

Standing Up For Others

Now 56, Lee knows motherhood has solidified her vision for herself: “Every time I do something fearless, there’s a knot in my throat,” she said. “There’s risk. But I want the world to be a better place for my 11-year-old daughter. When my father passed in March, it hit home. Life isn’t forever and I want to make a difference.”

Making space for advocacy requires a true work-life balance, which Principal has supported in practical terms. Lee works at the office as needed to manage her team effectively, but the ability to work remotely saves her three hours of daily commuting. The time that frees up — for work, family, relationships, and community — enabled Lee to form a group for women managers in the Principal Financial Network and launch a new chapter of Women in Insurance and Financial Services (WIFS), a national organization dedicated to advancing women in those fields.

“I never feel I’m extraordinary. I’m just me,” Lee said. “Much of who I am is due to my parents. They gave me the tools to have this great life. I was the lucky recipient of their hard work. They’re the ones who immigrated and persevered. It’s my obligation to honor that.”

For Lee, honoring that also means fighting racism of all kinds. Noting the recent and long-term violence against Asian American and Pacific Island individuals in the United States, Lee asserts that what many people of Asian descent long believed — if they stay quiet and work hard, they can be successful and people won’t bother them — is untrue.

“I believe in speaking up, but I wasn’t brought up to,” Lee said. “My parents would rather I didn’t, but I can’t help myself.”

Lee recalls a tone-deaf email sent by a local chamber of commerce during last year’s Black Lives Matter protests — a patronizing reminder to the mostly white community about protecting local businesses. Lee replied, urging the Chamber to recognize the broader context of the protests. “I understand this is a difficult time,” Lee wrote. “But we’re talking about centuries of oppression and injustice, and you just glossed over that.”

For Lee, not standing up for her beliefs is unthinkable.

“Is speaking up going to damage your career?” she said. “Maybe. But is it important to say something? Yes. We each have it in us to motivate and inspire others to be that person. Not everybody has the luxury of knowing who they are, but it’s important to find out. It gives you that beacon for how to live your life. I’m lucky because I know what I’m fighting for and why.”

The UC Berkeley is  not an affiliate of any company of the Principal Financial Group®.