The Power of Visibility in Business Ownership 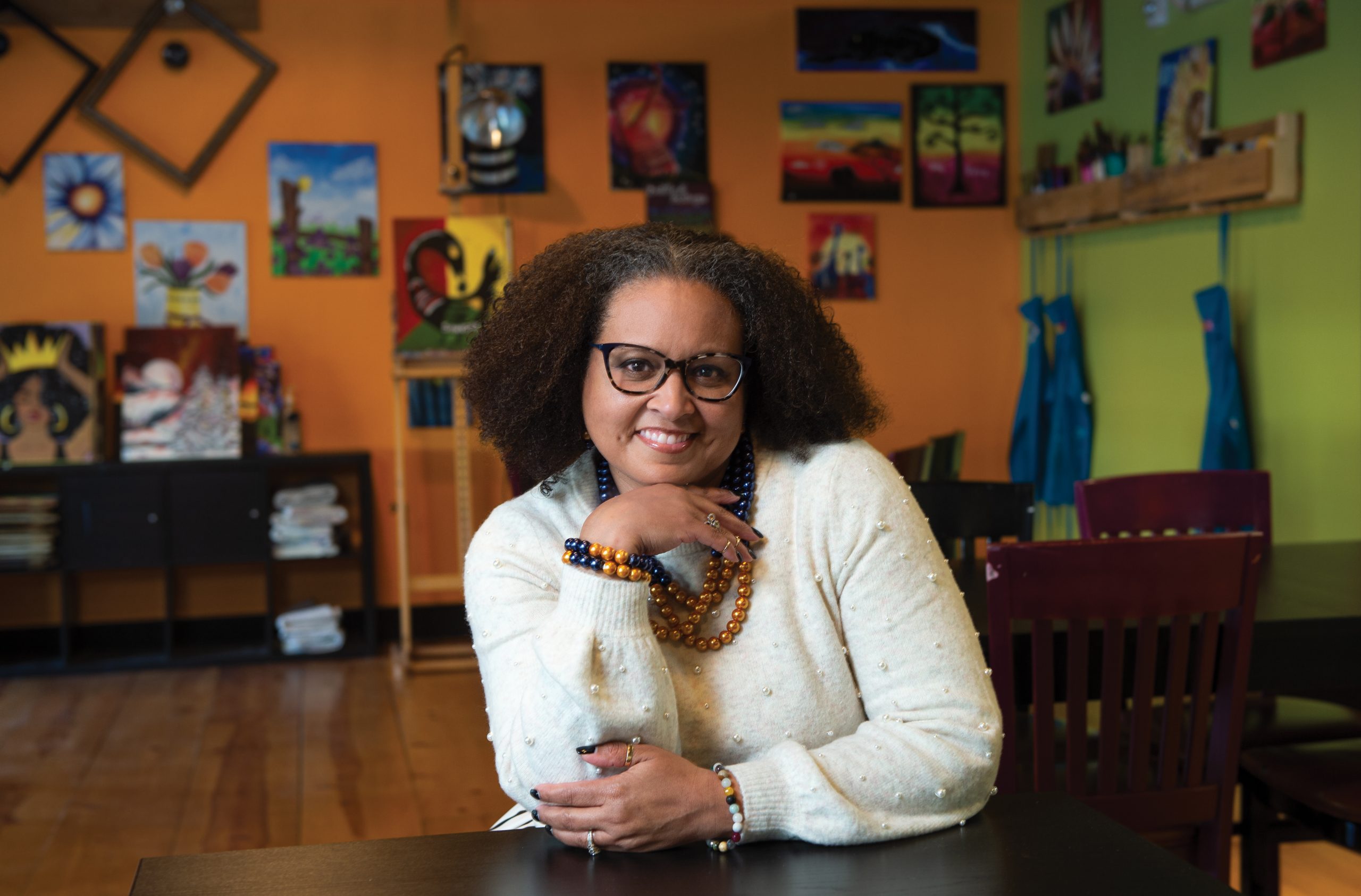 Bridget Cravens-Neely always knew she wanted to own her own business—a dream she and her husband James brought to life in 2017.

Bridget, an Illinois native who lives in Des Moines, Iowa, spent nearly 30 years dedicated to a successful career in increasingly prominent leadership positions with large corporations. During that time, Bridget gained valuable business skills that would come in handy later in life. And what she loved most was finding solutions for clients.

That same inspiration fueled Bridget’s desire to launch a business with her husband James, an aspiration they shared.

“That’s the true definition of an entrepreneur,” Bridget says. “You see a need and you create a business solution around filling that void, with the hopes that it’s marketable, sustainable and scalable.”

Bridget had a more personal motive for launching her own business as well: financial independence and security beyond her corporate career.

“I always wanted to be that self-made person, where you truly drive your own wealth and success,” Bridget says.

Even so, for many years, starting a joint business remained an untested idea. That is, until 2016, when James seized the opportunity to try something different when his former employer offered an early retirement option.Through very detailed research over several months, James discovered Bottle and Bottega, a wine-and-art party franchise now owned by Painting with a Twist.

In retrospect, Bridget acknowledges the major life changes she and James made in 2016 required fearlessness. They pivoted from decades as a two-income household to a single-income family, with Bridget retaining her full-time job to keep cash flow steady, and they simultaneously launched a brick-and-mortar retail business in an industry new to them.

Still, Bridget trusted James and the market they were entering. She was also game for a big adventure. “I’m willing to take risks and try almost anything, so long as they’re calculated risks,” she says.

Bottle & Bottega had the hallmarks of a good investment—a successful franchise with room for growth. The “paint-and-sip” industry, as Bridget calls it, was on Forbes’ top-10 list of up-and-coming entertainment markets. Few such franchise operations existed in Iowa, but she and James were compelled by Bottle & Bottega’s unique aesthetics and vibe.

“Everything about the brand—the color palette, the studio design, the types of art and how it’s presented—is a little more chic,” Bridget says. Nothing like it existed in downtown Des Moines, she says. So, in June 2018, she and James officially took the plunge and opened their studio.

As co-owners of this new venture, they had their work cut out for them, like learning event logistics and the franchise’s brand parameters and building the art studio. Both Bridget and her husband worked in multiple roles to get things up and running that first year, with James settling into day-to-day operations.

Even with a multi-year plan, brick-and-mortar business is not for the faint-hearted. After almost three solid years, the business remains in its infancy and new challenges—and ample opportunities for learning and growth—arise at every turn.

“The goal is to keep the business open while filling that void in the community and proving our value to grow our customer base,” Bridget says. “Doing that tests your ingenuity, your innovation, your resilience. It pushes you to be more visionary than you thought you were.”

Thriving in a Pandemic

“We had to ask: ‘Do we fold?’” Bridget says. She and James were nervous but determined to stay open.

That decision wasn’t only about personal financial security. “We’re serving a higher purpose. We are a Black-owned business in the heart of Des Moines’ downtown business district,” Bridget says. “That’s a bold move. We understand what we represent.”

At the most basic level, Bridget knows they represent overdue visibility, autonomy and diversity in the city’s business economy. According to the most recent U.S. Census Bureau data in 2019, Des Moines is home to about 24,000 Black people, who comprise 11.4% of its population of roughly 214,000—the largest Black population of any city in Iowa. And in 2020, more than 150 small businesses in Greater Des Moines were Black-owned, a fraction of the thousands of businesses in the area.

It’s not lost on Bridget that she and James are role models. “As visible, Black business owners, I hope we represent a model of hopefulness,” she says.

The Neelys began experimenting with new revenue streams to stay afloat during the pandemic. For public health reasons, they closed the in-person art studio for a few months, but the larger business remained open. They took advantage of the franchise operation’s infrastructure, a support network that made it easier to develop virtual event formats for painting parties.

“We’ve worked hard to create the same vibrant, social experiences we created in the studio, just with people at home,” Bridget says. The logistics weren’t easy, but with people clamoring for human contact, the business held up, even in virtual spaces.

A Human Being First

Not long after reconfiguring their business model, the violent death of George Floyd in Minneapolis sparked waves of protests demanding policy change. In cities across the country, including Des Moines, the streets filled with people attending Black Lives Matter rallies and marches, day after day.

Some business owners might have had misgivings about placing personal convictions front and center. That wasn’t a question for Bridget.

“I am a human being first. I am a Black woman second. Everything else follows that,” Bridget says. “I have three grown sons, Black men that I have raised in this country, in this city, in this community. I could not not be involved. Seeing the struggles they’ve endured was my motivation for standing up and saying ‘This has to change, it’s time.’”

Initially, standing up for systemic change was about being visible at marches in Des Moines. But speaking out has since shown up through Bridget’s deepened commitment to her long-time community volunteer work. She’s passionate about cultivating Black economic opportunity and leadership through prominent roles at the Greater Des Moines Leadership Institute, on the board of Chrysalis, a foundation supporting the empowerment of girls and women, and on the Business Record’s equity and inclusion committee.

Bridget asserts that that collective future depends on more people stepping out of their comfort zones to facilitate a genuine reckoning of our nation’s past and present.

“As a Black woman, I no longer want to have to justify my existence,” she says. “I exist because I was created by God, the same God that created every other human being on this earth. Just because my skin is brown and I identify proudly as Black doesn’t mean my life has less worth than anyone else’s. We’ve made progress, but there’s still work to be done. Black history dating back to 1619 is American history. That history needs to be told.”

That acknowledgment of systemic disparities and wrongs—in schools, in the workplace and in everyday life—will, Bridget believes, create opportunities for positive change.

“To change hearts and minds, dismantle problematic policies built around inequity and racist practices, and work together to build a more hopeful future for everyone,” she says, “you first have to admit systemic racism exists, or we’re back at square one.”

At the root of all Bridget’s pursuits—her faith, her job, her entrepreneurship, her volunteerism, her advocacy—is the drive to stay authentic to her full humanity.

“We’re here for a reason,” she says, citing faith that this opportunity came to the Neelys to make a difference in the community. “Whatever comes, we’ll find a way to make this work.”