Bopha Mom-Baccam has been a Re/Max real estate agent for two years alongside her husband, Sullivan. This interview, which has been formatted to be entirely in her own words, has been edited and condensed for clarity.

In the real estate world, there’s not a lot of minorities. My husband was a real estate agent before me. I remember him saying that he felt weird going to networking events because everyone had their own groups. He said, “I don’t know where I fit in. I’m the only Asian person and I look like a kid. I feel like no one takes me seriously.”

All of a sudden he stopped going into the office and I asked why he was working from home and he said, “It’s not welcoming. I can’t wait for you to be an agent, too.”

Representation truly matters. We’re constantly educating our own kind about how real estate works. When I go meet with my Asian clients, when they’re talking to me about what they want in a home, I understand it. I can put myself in their shoes.

People are always surprised to know that I grew up the way I did and grew up experiencing prejudice and racism, because they only see who I am now. They didn’t see the struggle I went through.

My parents immigrated to the United States from Cambodia in December of 1981. I’m the youngest of eight children. The first five are closer in age and then the last three of us are closer in age. My oldest sibling is 26 years older than I am. I am the only one who was born in America; everyone else was born back in Cambodia. So for me growing up, I didn’t know the back history of my family. I would hear stories, but all I heard as a little girl was that I was privileged and that I had opportunities that my siblings did not have.

I grew up in a very strict household. Being a girl in an Asian family, there’s a lot of high standards that they want you to meet. Our thoughts and our opinions … none of that mattered to our families. So growing up an American and also having values of an immigrant, it was very hard for me to balance. I can speak my native language even though I was born here. My parents didn’t allow us to speak English at home because they said that we’re going to be speaking English for the rest of our lives. My dad was really fearful that we were going to lose our language. When I got to kindergarten, I remember not understanding a single word of English. They put me in an ESL class where there were other Asian kids. I remember being confused because they looked like me, but I didn’t understand any of what they were saying.

We lived in a rougher neighborhood of Des Moines. Most kids in our neighborhood growing up would play outside and ride their bikes. We could not do that. We had neighbors that hated us because we were Asian. I remember having to call the cops multiple times a week because kids in the neighborhood would throw bricks at my parents.

Most of the kids at the bus stop either did not know any Asians or had never seen them. They called us chinks and gooks. I had never even heard of those words. I didn’t know what they meant. I remember a girl saying to me, “Do you have a staring problem?” I had nowhere else to look but her. I started crying and she started yelling at me. Every day at the bus stop was so bad. On our way home one day four boys came up to my brother and I and started pushing us. I of course started crying, but my brother fought them off. I remember thinking that we couldn’t tell our mom and dad because parents in Asian families teach you not to be confrontational. They teach you to move on.

I didn’t tell my mom that story until five years ago. She had no idea what we went through as kids. When I would see my American friends’ parents come to the office and speak up for their kids, I would think about how my parents couldn’t do that. That made me feel sad, especially now that I’m an adult and have kids. If my kids came to me and said that they were experiencing what I had experienced, I would have been there in a heartbeat. But my parents were working multiple jobs. They wouldn’t have been able to take off time. They were always so fearful of losing their job.

I didn’t want to be Asian. I went to school with all Caucasians and African Americans. Their families ran very differently than mine. I got a taste of it by convincing my dad to let me go to a birthday party in fifth grade. It was the first time in my life that I saw another family outside of my own. When I went to my friend’s house, I remember thinking, “Wow, their parents let them do so many things.” I had to babysit my nieces and nephews, clean and cook. Back then, I hated it. I always thought I was being robbed of my childhood.

I was very ashamed. I was ashamed of coming from a huge family because all of my friends had either two or three siblings, or were an only child. I would lie and say that I only had two brothers. I wouldn’t count the first five of my siblings because I didn’t want to have to explain to people that they were my siblings.

I also remember wanting my parents to be divorced, even though I didn’t know what it meant at that time. My friends would always ask me what I was doing on the weekends. I was always doing the same thing, being with my family and babysitting. My friends would say that they were either going to their mom’s or their dad’s house. I saw the tricks that my friends played on their parents, where if one parent said no, they’d just go to the other. My mom was way stricter than my dad, so I used to always say, “Gosh, I wish she’d get a divorce so I can go to my mom’s one weekend then go to my dad’s.”

My mom had me when she was 43. My dad was 47. Sometimes I would tell people that my sister was my mom because when they would pick me up, they would ask if my dad was my grandpa. I was embarrassed of my whole childhood.

I wanted to be [white] so bad. I started dying my hair blond when I was 14. I wanted blue eyes, so I wore blue contacts. I just wanted to fit in, I didn’t want to be an outcast. I remember my mom telling me, “You’re so pretty with your black hair.” But I didn’t understand what she was talking about.

The moment I stopped dying my hair was when my now-husband, who is also Asian, asked me, “Why do you dye your hair like that? Your hair feels like straw.” I thought that he liked my hair blond because he had only dated Caucasian girls before me. I stopped wearing blue contacts after watching the Kardashians. I thought to myself, “They have brown eyes and they look gorgeous. I’m going to try it.”

I think that if I didn’t conform to the American culture, I wouldn’t be where I am today. If I took my parents’ advice and did things the Asian way, where you just go to work, don’t use your sick days and work like crazy, I would be stuck in the same cycle. I have tried new opportunities. I’ve started businesses. I’ve failed and I’ve also succeeded. In the American culture, they want you to take risks. I had to conform to another way of living in order to get ahead.

What I mean by getting ahead is not leaving my own people behind, but rather paving the way. Even though some of my Asian friends and family think that I’m a sellout because I’m a successful real estate agent, I don’t want them to think that we’ve forgotten about who we are and where we came from.

Once I was exposed to people like myself and I started talking to people about our story, I realized that I wasn’t alone. Now I’m huge on telling the younger generation that we should be really proud of who we are. As a kid, you don’t understand the sacrifices that your parents made to give you opportunities. All you can think about as a kid is, “Wow, we’re poor.” But now I look at my mom with pride. She came into a foreign country with nothing to her name and she gave us a life. I’m forever grateful and thankful. Today, I’m so proud of who I am.

I am still a child of an immigrant. I still have core values just like everyone else. I might have a different religion, but we’re all trying to raise our families and be good people. At the end of the day, what we’re experiencing in the world right now, I think we fear each other’s differences.

Thank you so much for telling your story! 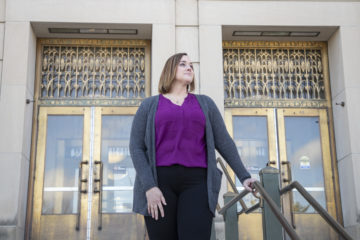 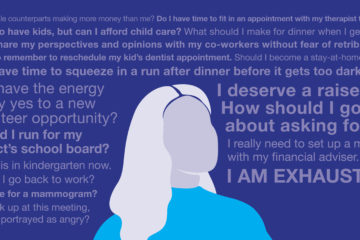 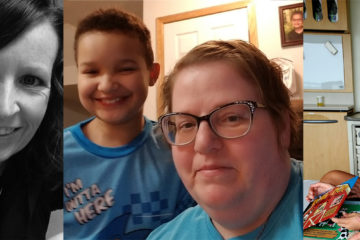