Since the beginning of the Fearless initiative, we’ve been adamant about connection being one of its core values.

Women are often seen as the glue that holds communities together, but they often lack opportunities to sit at tables where decisions are made about how the communities they occupy – be it their city, workplace, school, club, etc. – should function.

When women are given the chance to be in a position where they can openly express their thoughts and opinions, change often happens. The best ideas come from sharing stories, experiences and thoughts with each other, and the team behind Fearless believes it’s our responsibility to provide opportunities to do so.

Here’s who we talked with:

Here are highlights from our conversation, where topics ranged from leadership, divvying up household responsibilities, mentorship and being involved in the community.

Scarlett: “I think most places and employers now are embracing more of the diversity, equity and inclusion piece. Embracing it is key for women — to empower us and make us feel like we have a part not just serving the table, but at the table.”

McManamy: “There seems to be a shift where people went from not wanting to know anything about your personal life and not being willing to be flexible to now being a little more empathetic and understanding. … That’s helped women be able to do what they need to do, be active in the community and feel empowered to do that.”

Sloniker: “You’re definitely seeing women in more leadership roles. You used to always see a man’s name at the top, and now you see women at the top or second in command. They’re making waves.”

Nelson: “You see women who stand up and do something, which then inspires other women to think, ‘Maybe I could do something super powerful and impactful for the community.’ It snowballs.”

Anderson: “Women are more naturally inclined to be nurturers. We’re communicators, we’re connectors. That’s been so desperately needed in the workplace. As leaders, we are capable of seeing all of the facets that women bring to the table, and I think we’re capable of more when we come at it as a whole.”

Roberts: “I’ve had two babies while being a director. … During COVID, I had board members reaching out to me and instead of saying, ‘How long until you’re back from maternity leave,’ they said, ‘What do you need?’ There’s even been a shift as far as taking time off for sick kids. I’ve been in situations where [it’s assumed] the wife needs to take a kid to a doctor’s appointment or pick them up. At my husband’s previous employer, he was in sales. I’m a director. So it’s like, “Sorry, honey, you need to stay home with the kid. My job trumps your job.”

Rose: “When I first got to the police department, there were only a handful of other female police officers. Now we have enough where we have our own trading card. … We’ve had those trailblazers that have blazed the path for us and have been that role model for us. … I just made chief master sergeant, which is the highest enlisted rank that you can get in the Air Force. It’s remembering where you came from and all the struggles you can and being a mentor for other women so they can be successful.”

La: “I look up to my mom the most. She immigrated here in the ’70’s and my parents started their business in the ’80’s. Just because my dad can do something, my mom can do it too. When I was pregnant, she was like, ‘I could carry a 50-pound bag of rice when I was pregnant, so you can too.’ I said, ‘No, I’m not doing that.’ Back then was so different from now.”

Scarlett: “Women are such natural leaders, because we are the ones that bring everything together, we carry things into the future.”

Nelson: “I have two businesses, two kids, I’m on the Parks and Rec board and the Little League Board and the [parent-teacher organization]. My husband gets frustrated with me because I’ll complain about being busy [while I’m involved in all of those], but those are the things that fill my bucket. … I’m doing these things because I feel like it brings value and impact to the community, and maybe we’ll make a difference and my daughter can see that she can do it too.”

Anderson: “It does seem like a lot of times it’s the women that really like to get their hands dirty and get in there and do a lot of that work.”

Scarlett: “Women are far more sensitive, and we learn how to take that sensitivity and transition it into empowerment or power. As an African American mother, watching all of these killings, I have to make sure my community is safe. Women get the work done. Our brain never stops.”

Anderson: “We’ve started to recognize that leadership is really just influence. Women are so good at that just because of the fact that we can have 10 different thoughts exactly at the same time, all wiring and firing. We can manage different conversations in our head at the same time. We want all those other perspectives, and more perspectives gives us more inclusion. We can go a lot deeper and a lot further with what we’re trying to bring forth in the world. We look for impact and influence in those perspectives. Women are just ready to run.”

Scarlett: “I’m excited about the future for our young ladies because they know they can be whatever they want to be. … They realize they’re a part of the conversation now. My mother was the first African American to be hired at the city of Sioux City and she opened up doors for other minorities because she was the EEO officer. She always said, ‘I hope I live long enough to see things happen.’ And she did. Stacie and I did a TED Talk and it makes me think of the quote that ‘Your focus has to be so clear that fear is irrelevant.’ These young women coming up, they don’t fear anything. They’re intentional. They’re focused, and they’re going to make it happen.”

Roberts: “The more we see something, the less weird it is. If you’ve always grown up with women in leadership roles, you don’t think, ‘How cool is that?’ My mom always made more money than my dad when we were younger. It’s not weird in my family to have the mom be the leader of the household. Hopefully my boys will see that and find a strong woman too and not be intimidated by that – or maybe they should maintain a little bit of it if they know what’s good for them. You are always modeling something for the next generation, the next foundation and the next rung of the ladder.”

Nelson: “I’ll never forget one time when my daughter was playing softball and my husband was out of town. The coach came up and made a comment about my daughter’s dirty sock and said, ‘Couldn’t have done laundry?’ I said, ‘My laundry guy is out of town.’ When we got married, we identified our responsibilities. I was like, “I have a full-time job, you have a full-time job. My job is important, your job is important. When we have children, I’m not going to raise them by myself. You’re going to participate in making them, so you’re going to participate in raising them.” We share household duties.”

Rose: “It seems as though many of us have a commonality of a strong female role model. My mother got herself through college, became a biomedical engineer, she was the only female in her graduating class. She pushed me and inspired me. I remember being at boot camp going on some long runs in the Texas heat and feeling like quitting, but being like, “I’m not going to quit, because my mom never quit.’”

Keep up the good work 👏 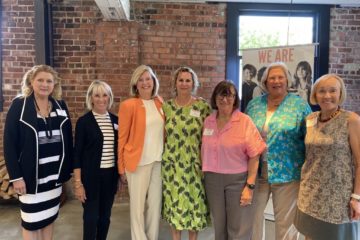 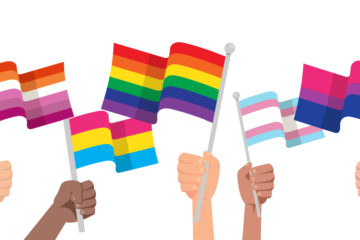